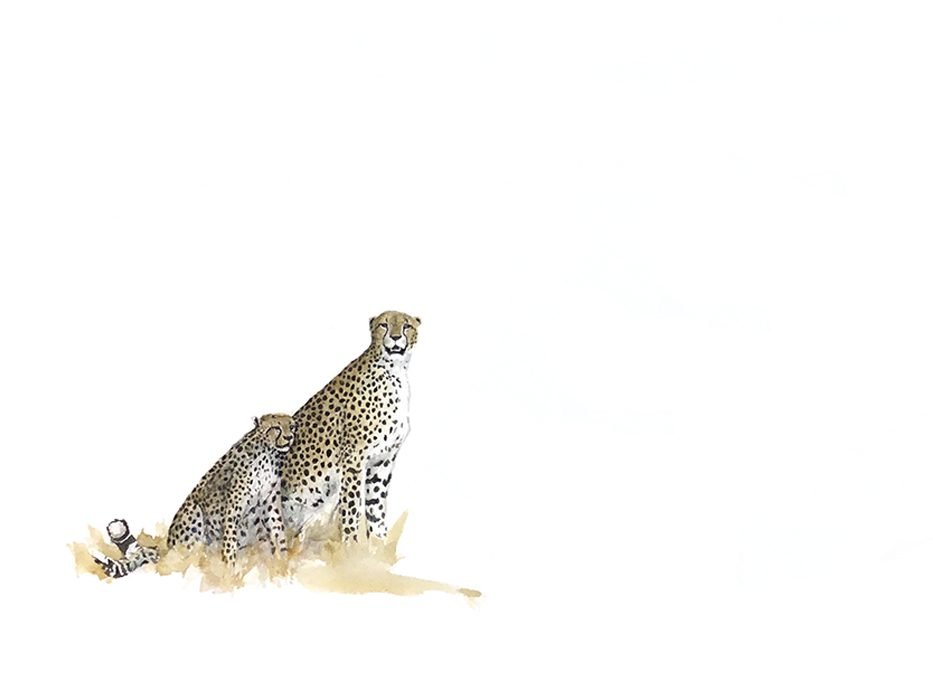 Original watercolour painting of a cheetah mother and her cub.

Painting of a Cheetah and Cub – Original.

Typically, a cheetah will start a charge 60m to 100m from an antelope and, within seconds, will be racing at full tilt. If the buck is alerted in time, it will attempt to throw the cheetah off its trail by zigzagging and dodging between trees and shrubs. Using its long, heavy tail as a stabiliser, the cheetah will single-mindedly pursue its intended prey, trying to anticipate which way it will turn.

Because of the relatively small jaws and teeth, cheetahs are not as effective in killing their prey as quickly as lions or leopards, and it can take between five and 25 minutes for its prey to die.

Painting of a cheetah by South African wildlife artist, Sue Dickinson. Original watercolour wildlife painting that is most notable for its simple and clean style.