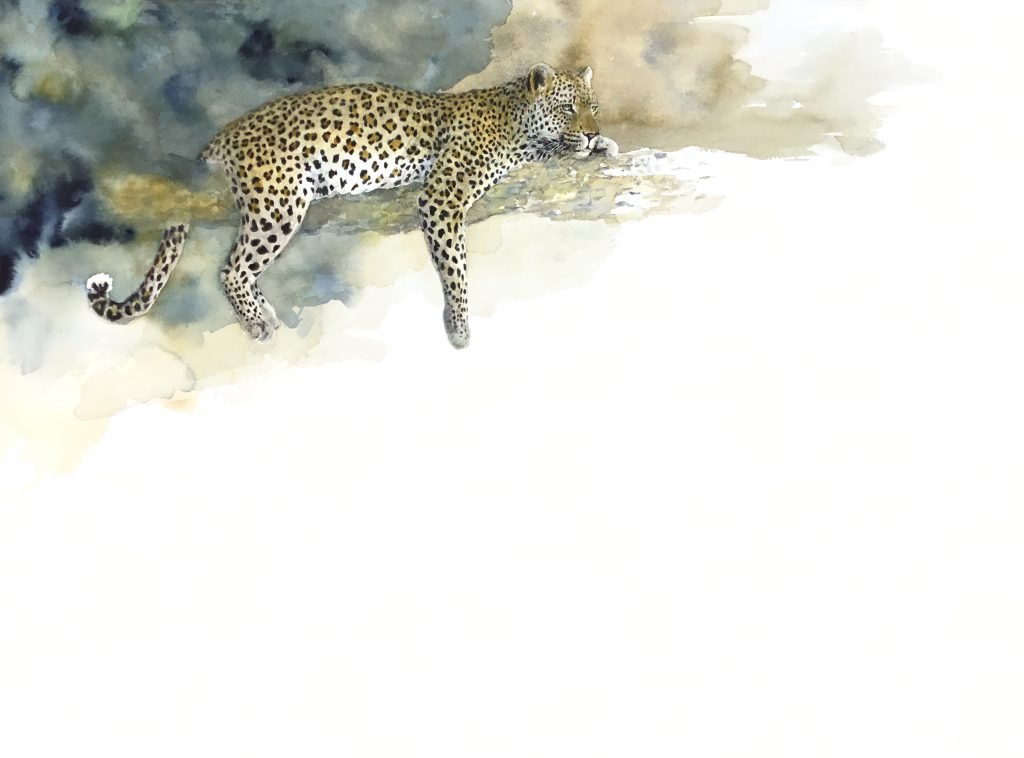 Leopard In The Canopy

Painting of a leopard in a tree

Painting of a leopard in a tree. I was retouching the photo of this painting when I saw the effect of keeping the background a creamy colour, instead of my usual white.  I like the look, because of the way that the white flashes of the tip of the leopard’s tail and belly really pop out.

It’s often the tail that helps me spot a leopard in the wild, such is the effectiveness of its camouflage.  Believe it or not, the colour of the white tip of the tail is the same as the creamy background on the right!  It’s just the surrounding darks that make it look pure white. This painting is also available as a print.  The original version has my usual off-white background.