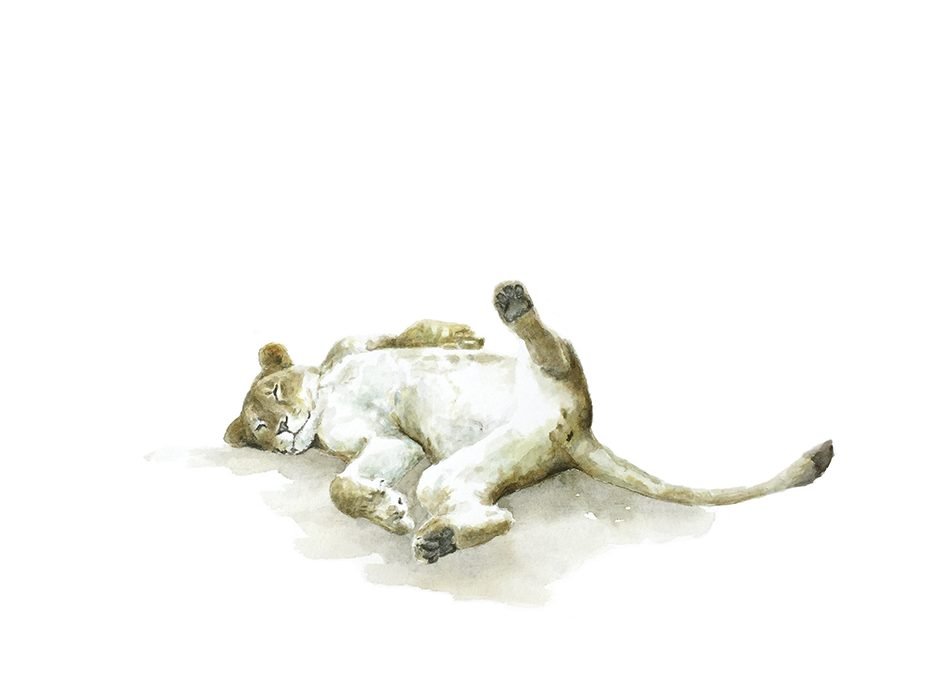 A young lion lying belly-up after enjoying a good meal.

Original Painting of a Young Lion

Original Painting Lion Cub. Sometimes life is just bliss!  What a full, white tummy – and not a care in the world!  The life of a young lion is good!  This is a small painting – 38 x 28cm

Sue Dickinson studied B.A. (Fine Arts) at the University of the Witwatersrand and at the University of South Africa in the early 1980’s. After that, she studied Graphic Design at Johannesburg Technikon, and pursued a career in design and advertising, running her own graphic design studio, called Fusion Graphics, for several years. She began painting on a full-time basis in 1993 and concentrated on Wildlife Art in 2000.