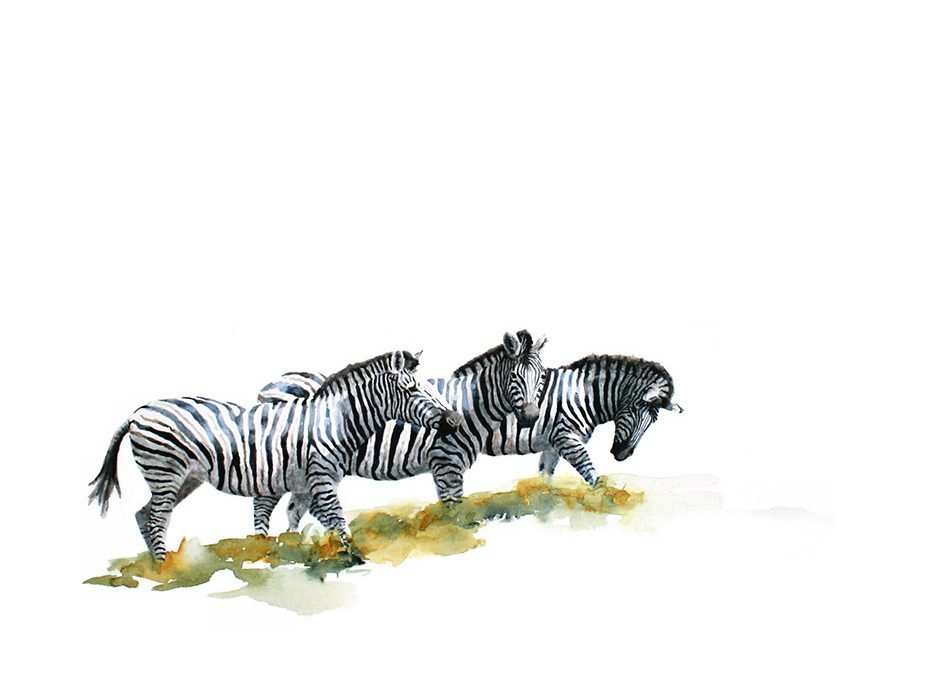 A small group of zebras enjoying the fresh grass of Spring

Original painting of zebras. A group or herd of zebras depicted in an original watercolour watercolor painting.

No two Zebra have the same striping, as in fingerprints in humans the stripes of Zebra are unique to an individual. The Burchell’s Zebra is the national animal of Botswana and is found on the coat of arms of the country.

Some subspecies of plains zebras have brownish stripes between the black stripes.

It is believed that the zebra’s stripes work like camouflage, according to the National Geographic. When zebras stand together, it is harder for predators to determine how many zebras are in the group. In addition, the stripes possibly work as a natural sunscreen.

Each zebra’s stripes are unique. Just as no two human fingerprints are alike, no two zebras have the same stripe pattern.