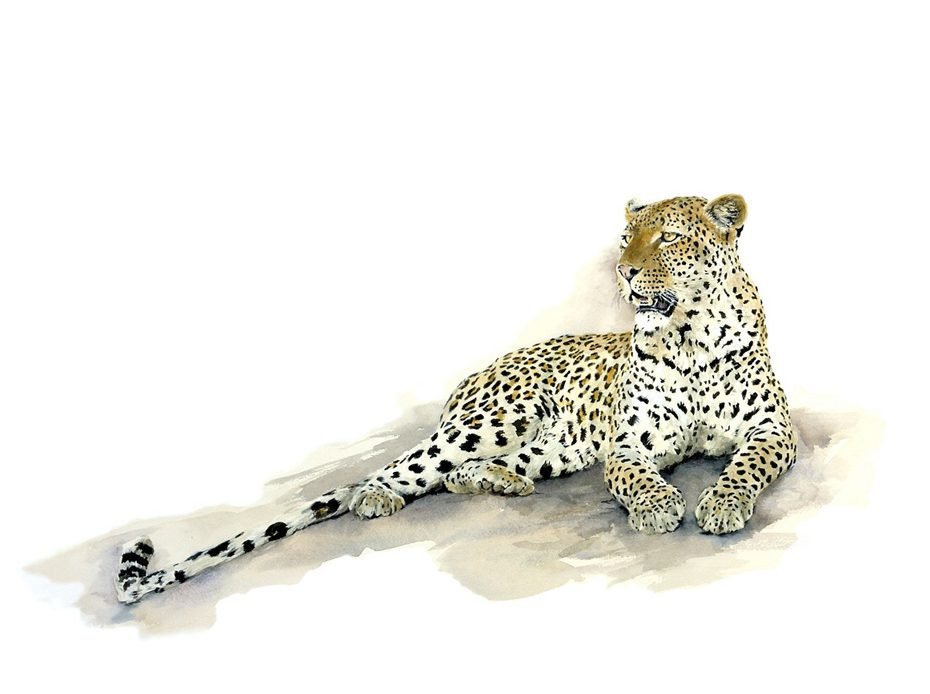 Cat On A Warm Rock

Original watercolour painting of a gorgeous leopard lying on a boulder

Painting of a leopard lying on a rock

The composition of Sue’s paintings is critical. It’s based upon the law of proportion known as the “Golden Mean” which is an aesthetic principle used by the ancient Greeks. This is because Sue’s focus is the animal itself.

Her experience has taught her that “what you leave out is just as important as what you put in”. As a result, her stark, clean images concentrate exclusively on the animal as well as conveying the wide-open spaces of Africa.