Sue Dickinson was widely considered to be one of the best South African wildlife artists of her generation. The composition of Sue’s paintings was critical. She based them upon the law of proportion known as the “Golden Mean”, which was an aesthetic principle used by the ancient Greeks. This is because Sue’s focus was the animal itself.

Her experience taught her that “what you leave out is just as important as what you put in”. As a result, this lead to a new style of depicting African wildlife, with her stark, clean images concentrating exclusively on the animal, as well as conveying the wide-open spaces of Africa.

Sue’s preferred painting medium was watercolour. This highly under-rated medium is widely acknowledged by artists to be the most difficult. “There is no room for error with watercolour – because once it’s on the paper, it is almost impossible to remove. Consequently, I work carefully and accurately. I’m not attempting to reproduce reality, therefore I want to work fairly loosely too,” she said.

“It is important for the viewer to be able to see the mark of the artist, and also the journey I have taken on the page. Certainly I don’t want a slick look.” 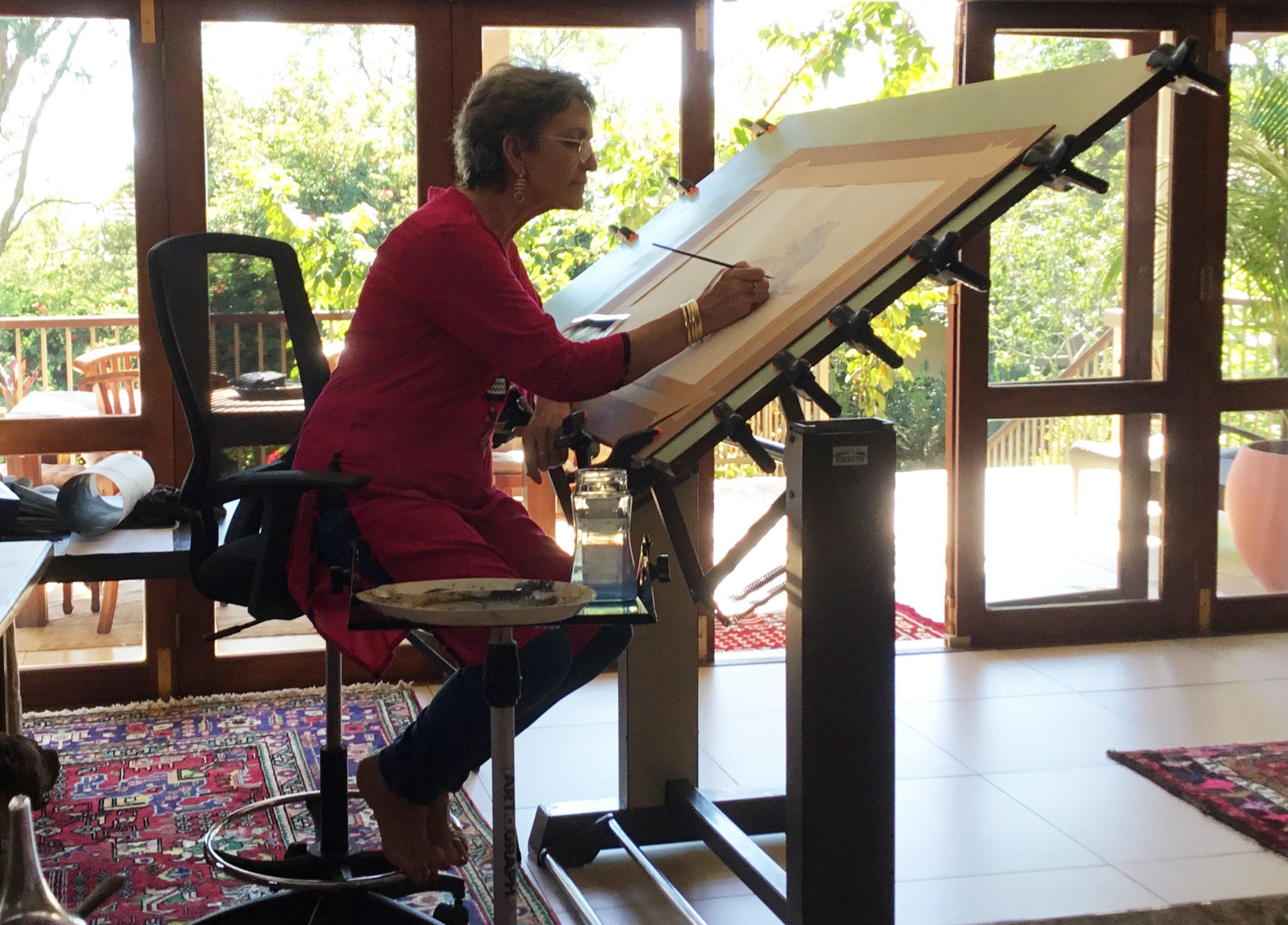 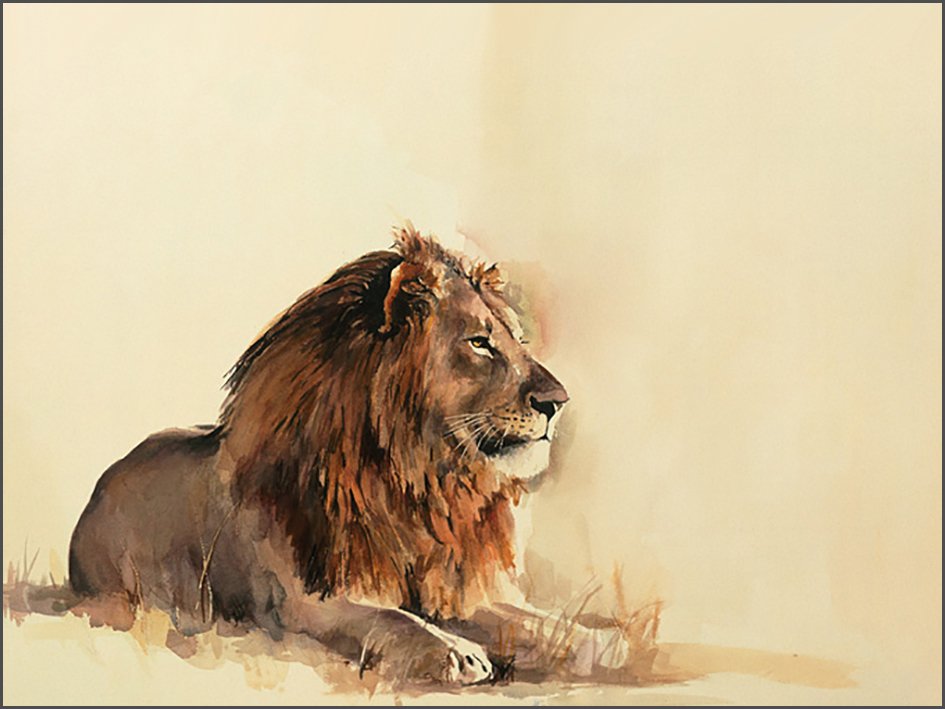 Sue studied B.A. (Fine Arts) at the University of the Witwatersrand and at the University of South Africa in the early 1980’s. After that, she studied Graphic Design at Johannesburg Technikon, and pursued a career in design and advertising, running her own graphic design studio, Fusion Graphics, for several years. She began painting on a full-time basis in 1993 and concentrated on wildlife art from 2000 onwards.

Sue exhibited her work extensively in South Africa and at many international exhibitions. Some of these include:
She received the coveted Award of Excellence from the Society of Animal Artists in 2007 for her painting “Zebras In The Dust”.  She was also a judge for the International Watercolour Society.
Recognised as one of South Africa’s foremost Wildlife Animal Watercolour Artists, Sue Dickinson’s work is highly regarded and collected all over the world. 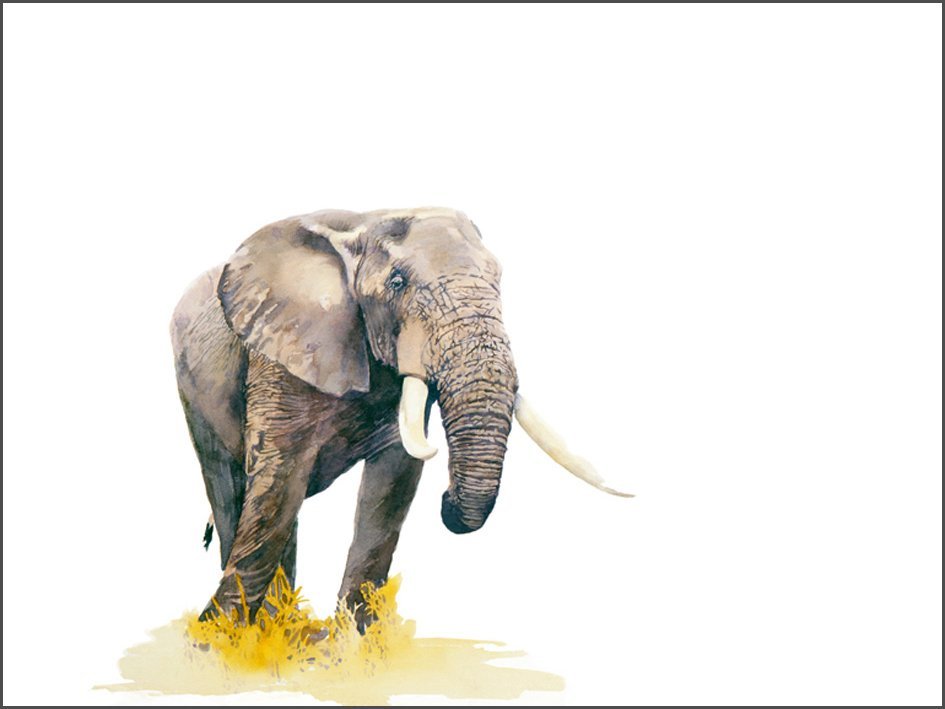 In 2002 Sue moved to the Lowveld region of South Africa, where she was only 60 km from the world-famous Kruger National Park. Her reputation as an award-winning artist grew from there as she immersed herself in her natural surroundings, drawing inspiration from the beauty and untamed majesty of Africa’s open spaces. 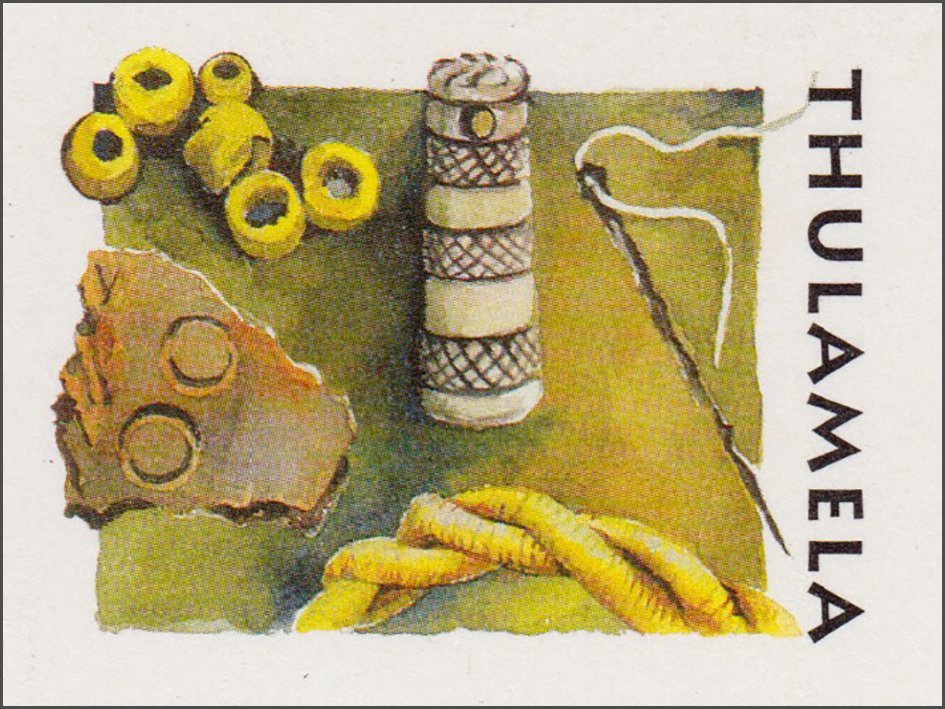 Sue was privileged to paint several series of Postage Stamps for the South African Post Office. These include:

Thulamela is the world famous archeaological site situated in the northern part of South Africa’s Kruger National Park. The amazing discoveries at Thulamela became the living history which is depicted in these watercolour paintings. You can see all the Thulamela Postal Tags here.

This special miniature sheet includes a depiction of South Africa’s former President, Nelson Mandela, wearing the Knight of Grace mantle. Established in 1099 in Jerusalem, the Order of St John celebrates 900 years in the service of mankind. You can see the postage stamp and first day cover here.

South Africa’s fascinating history is documented in these stamps – including the Taung Skull, dating back many millions of years; the priceless Golden Rhino from Mapungubwe; and the hauntingly beautiful ceramic “Lydenburg Heads”. You can see all the postage stamps here.