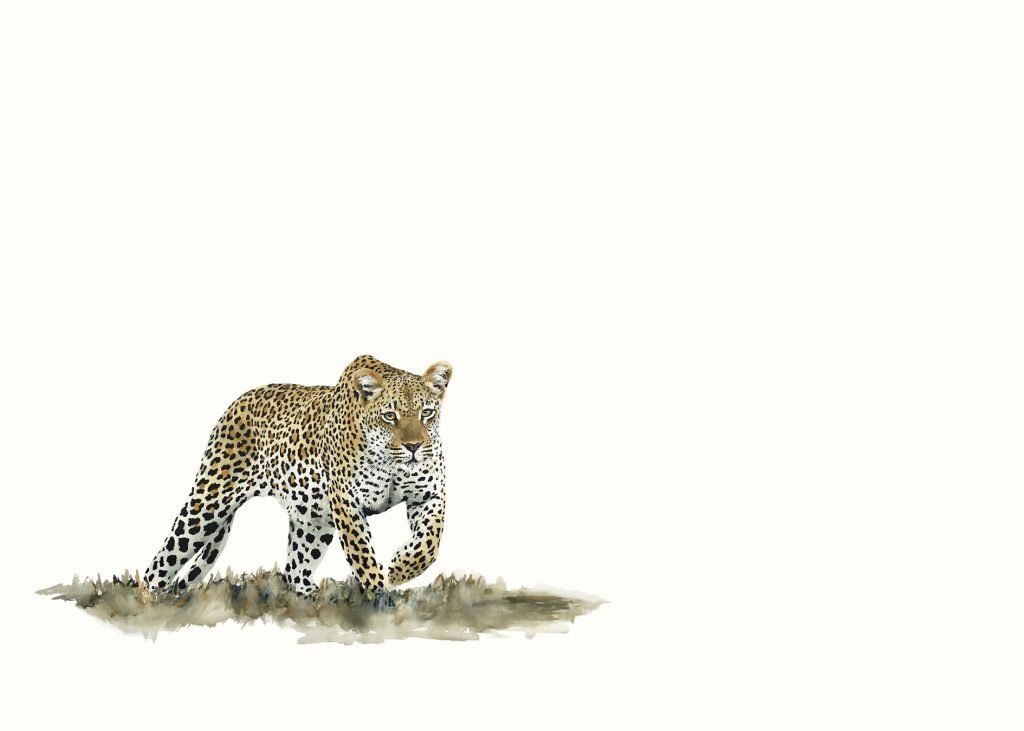 Consequently, the care and delicacy of watercolour are most noticable. Available for sale now!

The leopard is a graceful animal with an elongated body, relatively short legs and a long tail. After the lion, it is the next-biggest African cat with an average body mass of between 60kg and 70kg, standing about two-thirds of a metre tall at the shoulder. Leopards in the wild may live up to 15 years. Unlike the lion, the leopard is a silent creature, only occasionally emitting a cough-like call.