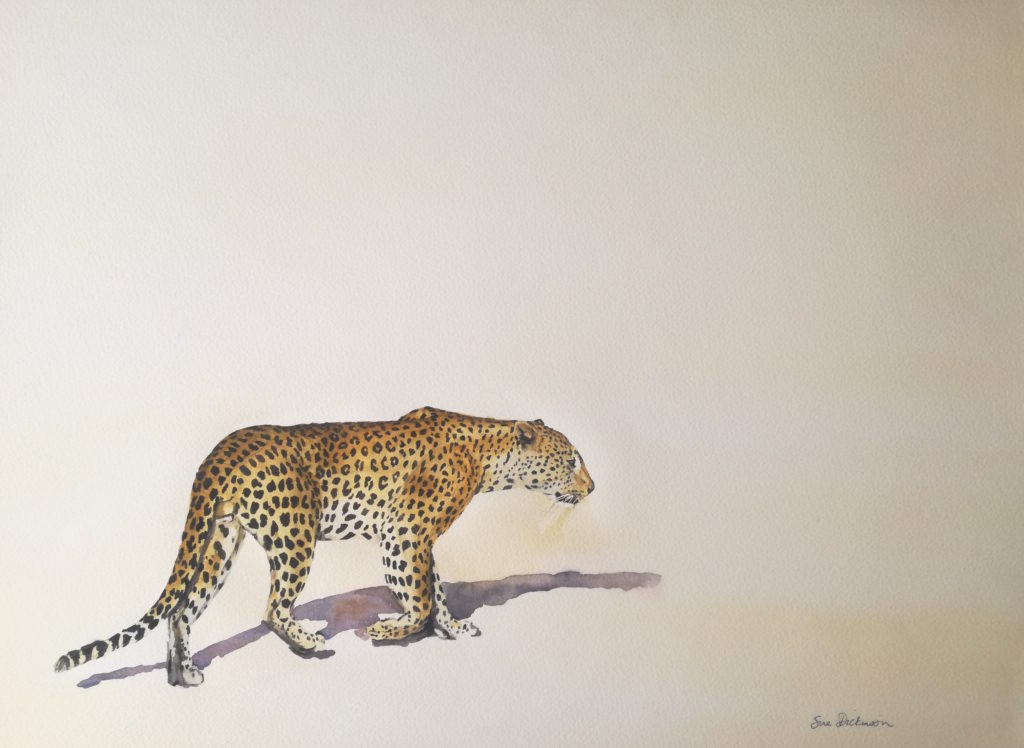 If you’d like further information about this painting or are interested in purchasing it, please get in touch.

Leopards tend to be solitary creatures.

The composition of Sue Dickinson’s paintings is critical. It’s based upon the law of proportion known as the “Golden Mean” which is an aesthetic principle used by the ancient Greeks. This is because Sue’s focus is the animal itself.

Her experience has taught her that “what you leave out is just as important as what you put in”. As a result, her stark, clean images concentrate exclusively on the animal as well as conveying the wide-open spaces of Africa.

Sue Dickinson’s preferred painting medium is watercolour. This much under-rated medium is widely acknowledged by artists to be the most difficult. “There is no room for error with watercolour – because once it’s on the paper, it is almost impossible to remove. Consequently, I work carefully and accurately. I’m not attempting to reproduce reality, therefore I want to work fairly loosely too.

It is important for the viewer to be able to see the mark of the artist, and also the journey I have taken on the page. Certainly I don’t want a slick look.”