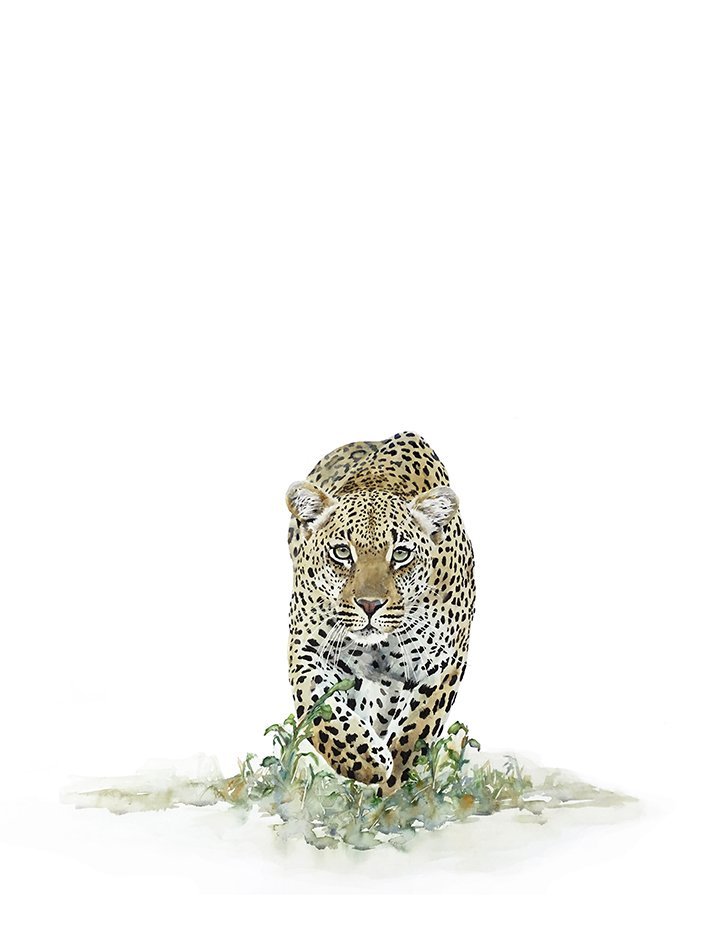 Limited edition print of a leopard.

Compared to other wild cats, the leopard has relatively short legs and also a long body with a large skull. Similarly, the leopard is known for its strength (which it uses to move heavy kills into trees).

When it comes to hunting skills, leopards are the clear winners. Amongst predators their percentage of successful skills is unparalleled. Stealth hunters expert at surprising their prey before it has a chance to react. They flatten themselves against the ground and stalk their prey silently. Their soft pads make it even more easy for them to be silent.

Leopards are phenomenally strong, because they are able to hoist their kills into trees with ease. Leaping incredible distances, grabbing onto tree trunks with their razor-sharp claws, they can scale trees with ease. Hoisting prey that weighs almost as much as they do, their strength is unmatched.