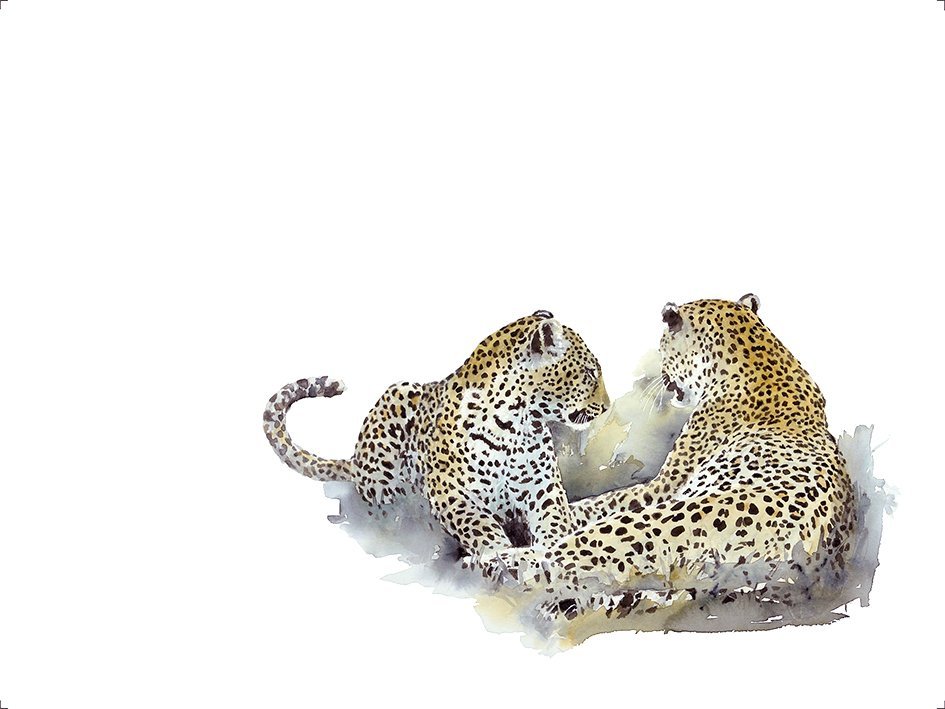 Wildlife Art Mating Leopards. Leopards mate repeatedly over a long period of time. It’s thought to be a painful process because the penis of the male leopard is barbed. Snarling and aggression are displayed by both leopards.

This original painting is called “Valentine’s Day” because here the leopards are resting between mating sessions. So they don’t look particularly aggressive towards one another here. However, when the mating starts again, the snarls and claws begin again.

Seeing leopards mating in the wild is a rare privilege. It was only about 20 years ago that the first video of the mating process was captured.